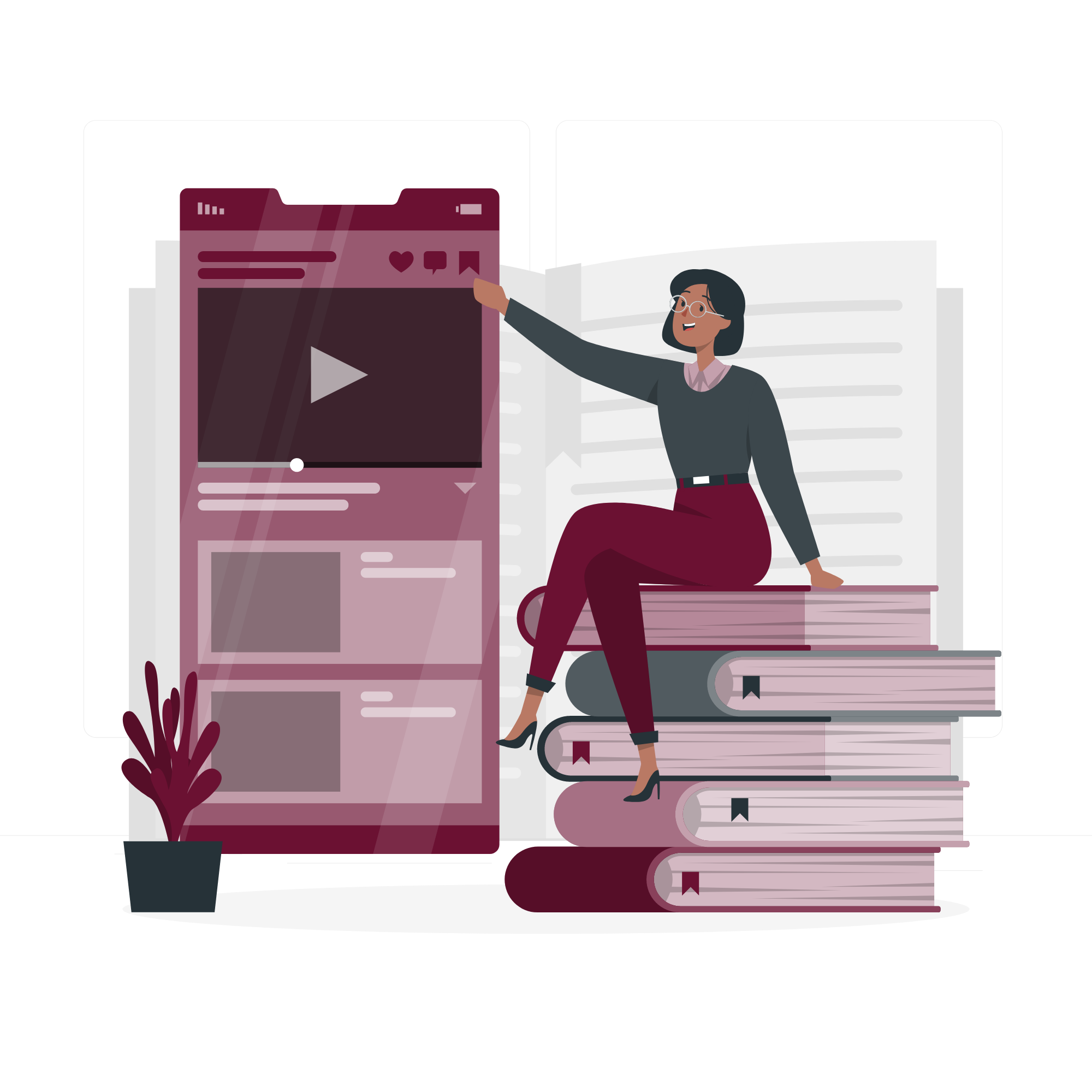 Frankfurt Book Fair 2021 in the second year of the pandemic. Not everyone could go. Lots didn’t even want to. The new catchword is “digital inclusion”: making things easier (or possible, in the first place) for people to take part.

The Murderous Sisters (Mörderische Schwestern) celebrate their silver jubilee this year, and the Frankfurt Book Fair sponsored us a beautiful booth. It was lovingly decorated with red walls and with shelves of books by the Sisters and the jubilee anthology. Es fanden Signierstunden statt, Menschen knüpften Kontakte.

[At this point I have to point out that I, Klaudia, was involved in the organisation and it was I who suggested the following solutions, and aroused great interest.]

We used collaborative Etherpads (pads.litera.tools) for the general planning, and everyone on the team always saw the latest state of things.

Several Sisters recorded interviews and discussions on topics like women in crime novels, language and diversity and many more. We used Jitsi, an open-source video conferencing software, and OBS (Open Broadcaster Software) for the recordings. The Feedback from the participants was overwhelmingly positive. This was the easiest video conference and recording you could have: just click a link.

About 30 Sisters sent us readings for an online Ladies Crime Night. We also got book trailers and introductions of our regional groups.

Many Sisters sent us cover photos and information on their new books via a NextCloud-form and upload folder. One Sister made SedCards for everyone who answered her questions. Book covers and SedCards made up the biggest part of the info-loops on the monitor at the Book Fair booth and during the pauses on the livestream.

The info-loops were built with info-beamer, an open-source software that runs on RaspberryPi-computers. We had two of them. One was prepared and sent via snail mail to the local team in Frankfurt. They hooked it up with a smartphone that tethered its internet connection. Apart from covers, SedCards and some general information on the Murderous Sisters, it showed the schedule of the book signings, a Twitter- and a Mastodon-Wall. The second info-beamer was directly connected to the streaming computer and showed the online schedule instead of the book signings, but otherwise the same content.

A Linux computer was our streaming machine. And we went for the Open Streaming Platform at stream.litera.tools as our primary distribution channel. This platform works like YouTube or Twitch, but without tracking or the necessity to have an account to watch a stream or published videos. We did, in fact, use YouTube as a backup-channel, in case anything went sideways. The Sisters communicated our book fair channel on stream.litera.tools via their individual means.

The stream itself, we sent out via OBS, which was also an excellent opportunity to place the Sisters’ logo and fade in overlays with the names of the people talking in the current video.

It was a handmade livestream with chat and social media announcements via Mastodon on literatur.social.There is the possibility to do crossposts from and to Twitter, but unfortunately we did not get those working before the event.

During the Book Fair most of the organising team went to Frankfurt. At some point during buildup, after some struggle the info-beamer on site came online and showed up in the backend; People at NASA must feel that way when a Mars rover sends its first life sign.

Buildup at the streaming-site was much less complex than a local booth: put the Linux machine on the desk, hook up the second info-beamer, push a LAN- and a power-cable into each and the rest was a bit of fumbling around with stream-keys in the Open Streaming Platform and YouTube.

It was about then, that we told the team on site that OBS could take a Jitsi room as a source for the stream. They instantly wanted a 5 to 10 minute live-glimpse from the booth. Every day. If possible.

So we started our livestream with a live-connection from Frankfurt. The next Mars rover… which worked surprisingly well. Every day except on Sunday, when it was too noisy at the Book Fair, the team on site sent us pictures and short film snippets, that we made into a video every day in the morning. We sent it out on the stream after the live-glimpse.

In the evening we took the day’s videos from the OBS-recording with logo and name-overlays and cut them with LosslessCut, another open-source tool. Then we uploaded the single videos next to the full stream-recordings into the Sisters’ Book Fair channel on stream.litera.tools.

All in all, we broadcasted 28 videos over 5 days. As mentioned before, we used YouTube as a backup. The livestream was visible on YouTube at the same time (except on Friday, where it started two videos late because YouTube just stopped recognizing our stream). During the five days we had 2,700 hits on stream.litera.tools - and 3 on YouTube. There is no digit missing.
This shows that one doesn’t have to be on one of the big players’ platforms to get traffic to one’s content. And there are no “walk-ins”, mainly because the big platforms are already totally overrun.

Regarding digital inclusion, feedback for the livestream was the same as for the recording rooms: that it was so easy to access. No login, nothing to install, just go to the website and watch.
What we didn’t have: translations, subtitles or sign language. We have mostly German videos, two in English. What we’re missing are open-source translation services or more people who are willing to contribute.

All in all, the open-source Book Fair was a success, for the software experiment and for the Murderous Sisters, who could catch a glimpse from Frankfurt from at home but so much more content and information than people who were only on site.

All the videos are available at: https://stream.litera.tools/a/mschwestern